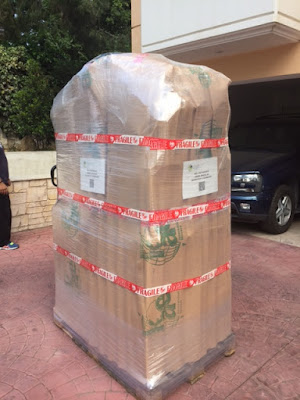 regarding team building and bonding - on developer teams

This is something I wanted to write for some months now, especially after my relocation to a new country and a new market.

It is about team bonding and performance, in the context of software development teams. A lot of stuff have been written in  books around management or team leading, things like the role of the 'organization' aka company, the 'managers' aka leaders etc.

All of the above contribute on a higher level around the formation and sustainability of a development team, but from my experience there are some other things that eventually are overlooked sometimes, or no text book eventually addresses them.

After all, we talk about teams of software developers and some restrictions or special cases apply.

Some of these points should be evaluated by Human Resources departments, aim to form or empower teams.

Amazing footage, amazing island, amazing drone..Crete from the eyes of a DIJ Phantom 3

An old friend from the greek 'internets' George B (aka Άχθος Αρούρης or snolly), he had his summer vacation on the beautiful island of Crete. Not only that, he was geek enough to take a drone among his luggage, a drone... yeap a drone. So you have a geek, a drone and summer vacations in a beautiful Greek island and this is what you end up with! Great work, on my checklist are the following
Μπράβο ρε Γιώργο!!!!!

This is my list of apps, I install with brew and cask when I setup a new environment. You need to have brew and cask installed see here.

Enjoy, I will be updating on my public space on github, so the updates will be visible here as well.

Brew and Cask, the package manager(s) for every MacOSX user #macosx #newbies

This post is not targeting people who already consider themselves MacOSX powerusers or they  already are users of brew and cask.

I have to admit, I discovered the power and easiness of these tools, quite late in my MacOSX user  life, so I have to thank my ex-colleague and friend Harris who forced me to integrate brew and brew cask to my daily routine as user.

What is brew and brew cask?

Eventually they are command line tools (no don't go away, if you don't feel very comfortable, it is really going to pay up) , that can take care the installation of several tools, apps or libraries in your mac. Tools like that, usually go after the name package managers or installers. Linux power users are accustomed to 'apt-get' or 'yum' or lately 'dnf'. So the end result is something like, you open the 'Terminal.app' and you type


How do I install them?

Make note that these tools are interconnected, meaning that you need to install brew and then cask which is actually an extension of brew. Let's get started

You need to have git installed

Very easy, as you can see in their site, it is just one command, open your Terminal.all and type,

After some seconds you are done, when it is finished I just you type

Once you have brew installed and running, you add cask. It is very simple. Just open again your Terminal.app and type
Eventually this your first installation using brew, if you remember cask is just another supported program so with the command above we have just used brew to install 'cask'. After some seconds you are ready! Both of the tools are ready for use.

How do I install something?

Remember that you usually use brew to install command line tools and cask for GUI apps. So let's see some examples

Search for an app to install e.g firefox, you type in the Terminal.app

In order to install firefox you type

Some of the installers they usually put a shortcut (link) to the /Applications folder, where we usually keep all our apps. Some don,t, for that reason I have in finder a shortcut to the Caskroom folder. See the image below.

How do I uninstall something?

You just type  something like the following, we want to uninstall firefox.

How do I search for something?

In order to check if brew or brew cask knows how to install something for you (since it does not support everything) you need to search it . You can type something like the following.

How do I update something?

Currently in order to upgrade something with cask you just need  to install it's new version, but you might ask how do I know about the new version? So usually what you need to do, is to instruct cask to update it's list of recipes (apps), most probably members of the community will have added a new recipe for your program. So you just need to type

Cask or brew will then you receive the updated list,  in case there is a new version of firefox you can do the following

Note: For libraries or applications installed with brew, there is an easier way, just type

And brew will upgrade the current installation. Remember cask is usually for installing gui based apps where brew is for command line tools.

How do I check the details of an installed app?

You can just type :

How do I find all the available commands of both tools?


So, I hope that helps. I have been happily using brew and brew cask for almost 1.5 years and I have to admit, I should have embraced them earlier as a macosx user. It would have saved me a lot of time.

It might feel a bit weird, especially for users that are not used of the Terminal, but it is really worth your time. For power users or developers working on MacOSX it is really a must.

If you want to check out my setup , I have a simple bash script that uses brew and cask to setup my favorite apps. You can find it here.

brew and brew cask everything!
at August 15, 2015 2 comments: Links to this post